Creating Trusted Independent Data About the Impact of Research

The Institute for Research on Innovation and Science (IRIS) is a member consortium of universities anchored by an IRB-approved data repository hosted at the University of Michigan’s Institute for Social Research. IRIS was founded in 2015 with support from the Alfred P. Sloan and Ewing Marion Kauffman foundations.

IRIS collects record level administrative data from its members to produce a de-identified dataset for research and reporting that will improve our ability to understand, explain and improve the public value of research. Its mission is to be a trusted resource for high quality data that supports independent, frontier research on science and innovation in the service of the public interest.

Science funders are interested in the creation, transmission, and adoption of ideas and discoveries. Research investments enable investigators to hire the people and procure the goods and services necessary to conduct scientific work. In addition to generating discoveries, that work trains people and creates and sustains the collaboration networks that are the sources of innovation. As people move from individual campuses to jobs in many sectors, they carry ideas and skills learned through research with them. The application of these ideas and skills in new settings drives social and economic impact. Using administrative data, the IRIS data infrastructure can capture these movements and networks of collaboration.

IRIS was founded on January 1, 2015 to sustainably expand the UMETRICS initiative developed by the Committee on Institutional Cooperation with $2.5 million in seed funding from the Ewing Marion Kauffman and Alfred P. Sloan foundations. UMETRICS emerged from a partnership of federal science agencies including the National Science Foundation, National Institutes of Health, and U.S. Department of Agriculture. An initial meeting between science of science policy researchers and CIC research officers in March of 2013 led to a two-year pilot project supported by data from 11 universities.

The UMETRICS project compellingly demonstrated that universities can leverage and link their own administrative data to better understand their research portfolios, document their varied economic impact, and generate new scholarly findings.

Since 2013, approximately 100 researchers have accessed UMETRICS data under strict confidentiality protections to pursue research projects that analyze the career outcomes of graduate students, the dynamics and consequences of an aging scientific workforce, the optimal structure of scientific research teams, the contributions of academic discoveries to food safety and security, and entrepreneurship by faculty, staff, and students.

Research projects sparked by UMETRICS were supported by six grants totaling nearly $10 million from three federal science agencies. These projects produced peer-reviewed articles in Science and Research Policy, as well as aggregate and campus-level reports that participating institutions used effectively in outreach to boards of regents and trustees, and to state and federal legislators.

The success of UMETRICS in its first five years is a testament to the power of a university-led collaborative endeavor. The Institute for Research on Innovation and Science (IRIS) has continued the progress modeled by the UMETRICS initiative.

Our data architecture combines administrative data derived from university human resources, sponsored projects, and procurement systems with data on scientific outputs including publications, patents and dissertations to form the core of an extensible dataset that can be linked at the individual, establishment, and grant level to many additional data sources. Our partnership with the U.S. Census Bureau’s Innovation Measurement Initiative (IMI) enables integration of IRIS research expenditures data with Census economic and demographic data including the Longitudinal Employer Household Dynamics (LEHD) dataset and Longitudinal Business Database (LBD). Linked IRIS-Census data supports research and reporting that provides unique insights into the careers of research-trained individuals and their impact on employers and industries.

IRIS makes the data it produces as broadly and easily available for research purposes within responsible concerns for privacy and confidentiality. De-identified secondary data produced by IRIS is available through a virtual data enclave. Annual data releases include improvements to both data and documentation. Census linked data are available for research use through the Federal Statistical Research Data Center (FSRDC) system, administered by the U.S. Census Bureau. For more information about our current data release and procedures for accessing it, please see our Research Data page. 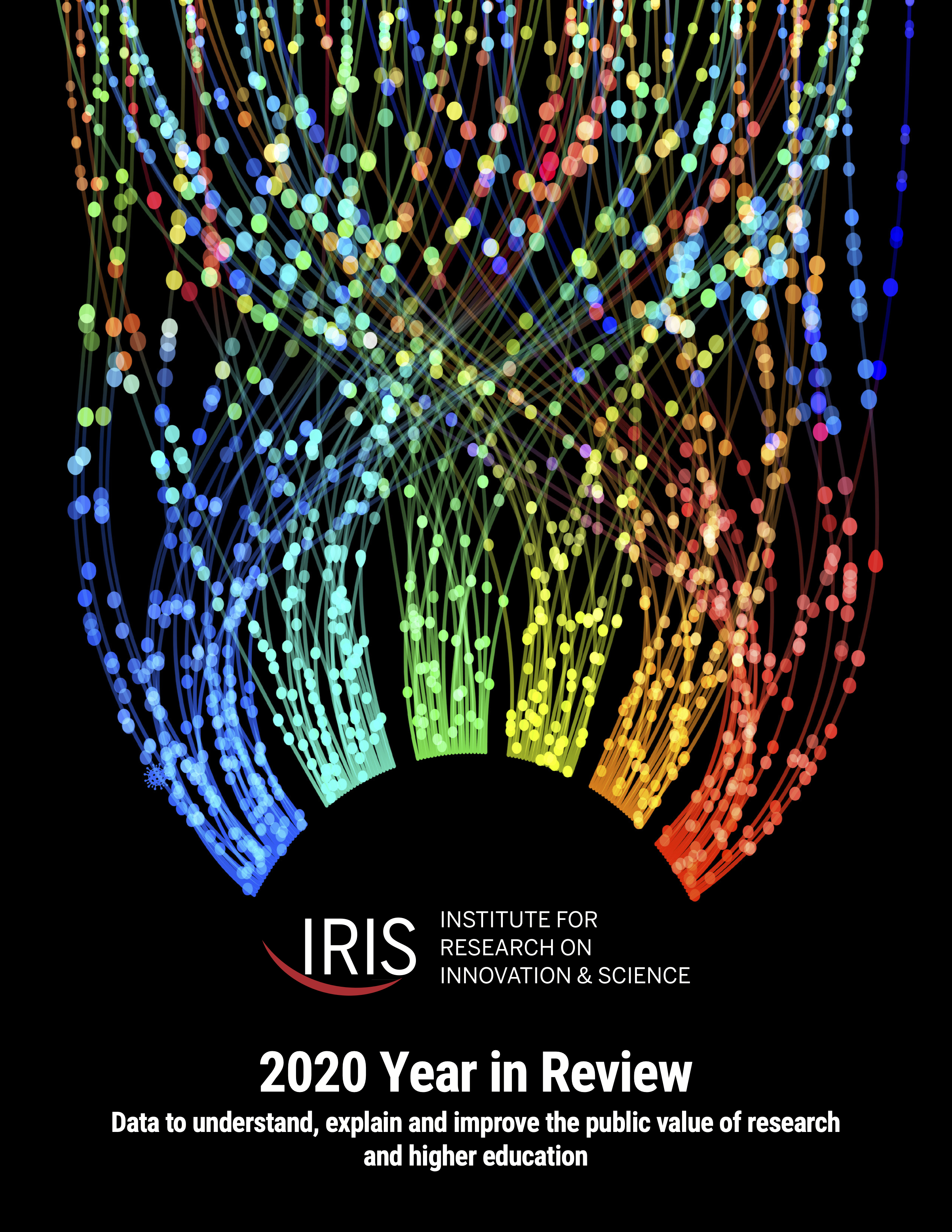